I, and about everyone else in the world [the film did garner 7 Academy Award nominations, winning one for Best Music – listen to the theme if you’re strong enough], went to see this movie: two beautiful upwardly-mobile young people, deeply in love, facing a tragedy.

The day I saw it had been a long hot one. I worked outside as a welder’s helper that summer. Sitting in the theatre for the 7pm showing all was well – cool AC, popcorn, soda. As the movie arched to its climax my eyes started to water. By the time Ali said her now-famous line I was in full-metal tears, just like her except I couldn’t see. Sand paper had replaced the inner layer of my eyelids, raking across my eyes. The hospital said I had exposed my cornea to the white-hot glare of the arc weld. It left little holes everywhere, a screen-like burnt pockmarking. Spent the next 2 days blindfolded.

As a manly-man then I was intent on explaining this event – hey, I wasn’t crying! I was injured! Lost that battle but that’s ok. It was just at the beginning of the era of the softer man, the more in-touch-with-his-feelings man, so it kind of worked out. But I digress.

I finally know. I took the first two courses towards the Mediation Skills Certificate*. According to this very worthwhile course there are two types of apologies: recovering from intentional actions, and recovering from unintentional ones. 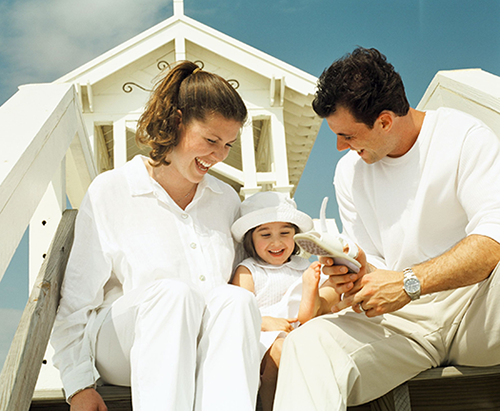 Intentional actions are common when spouses start moving towards separation/ divorce. How common apologies are is another question. Why apologize? You meant to hurt, offend, agitate, win. Yeah well, good for you, enjoy. But even when separating, and certainly when trying to resolve your issues, knowing how to apologize properly is important. Here’s how it works.

You know you have caused offence and want to say you’re sorry. It will likely involve first listening to the offended person, the offendee as it were. You do need to know what the offendee is feeling – and lord help you if you defend your actions or try to blame or deflect. Just take it on the chin, calmly. Then say:

“Offendee, I am sorry for offending you by [name the exact action, be as specific as possible] and being disrespectful. I regret saying/doing that and will make a point to be more careful in the future.”

See what happened? Listen, express regret for the negative impact, name the action, commit to doing better in the future. What next? Most of us, after prostrating ourselves like this, belly all exposed, expect a response, a comforting ‘thank you’ or even a counter apology. Well don’t expect anything – that’ s called a conditional apology and it’s dangerous and a waste of time.

But if you receive a well-constructed sincere apology, remaining silent can be construed as an aggressive non-reply by the one apologizing. It can leave the apologist regretting the apology and it may lead to another incident.

‘But I don’t want to forgive him/her just yet; what he/she did was unacceptable.’ Ok maybe so, but silence is not golden at this point; besides, no one is asking you to forgive. A simple: ‘Thank you’, or ‘I appreciate you saying this’ will leave you both in a better state.

What about unintentional offences? You are separated. It’s your turn to pick up the kids but you left them standing in the school-yard for an hour. Unbeknownst to you, there was early dismissal. You should have known but you simply weren’t aware of it. Your ex was furious and let you know it. You did not intend it to happen so how do you apologize?

‘I’m so [I think this little word ‘so’ has big power] very sorry for leaving the kids stranded like that. I need you to know that I was unaware there was early dismissal. I should have known but simply didn’t. I regret that it interfered with your day, having to pick them. I will make a better effort to be more informed about the kids’ schedule in the future.

Review: Listen, express regret while naming the action, carefully indicate your positive intention, restate your regret, indicate a commitment to avoid it in the future. That second expression of regret is important because they have just heard you say that your intention was good and may start to re-experience the agitation your mistake caused. So re-apologize!

By now you are thinking, heck if I had known all this while we were together maybe we would still be together. Probably not, although learning a few conflict resolution strategies can help any relationships – at work, with friends and family. I am far from an expert, barely waking up to this stuff but as I learn more I’ll share my findings with you.

Loving and living means always having to learn how to clear up interpersonal conflicts; one of those skills is saying you are sorry; it comes with the territory.

Divorce is a painful process and the traditional adversarial system can make a painful process even worse. Fairway Divorce Solutions® is changing the way divorce happens by providing families with a safe and comforting environment where they can make well-informed decisions. People leave The Fairway Process™ with A Clear Road to a New Life®. Our job is to bring you and your spouse to resolution. The traditional process of divorce is daunting, expensive and stressful. At Fairway we work with you every step of the way to avoid uncertainty, unnecessary conflict and expensive litigation. Working with both amicable and conflicted couples, Fairway has brought thousands of couples to resolution, helping them move on in a positive and productive way. Reduce cost, reduce stress, preserve assets and protect the kids — contact us today by calling (204) 414-9181 or visit us online at FairwayDivorce.com