Creditaid is proud to support various community endeavours and has been an important supplier to Habitat for Humanity Manitoba for many years.

Habitat for Humanity Winnipeg was incorporated in 1987 with the vision of helping to eliminate poverty housing in Winnipeg. Today, by mobilizing volunteers and community partners like Creditaid, Habitat for Humanity Manitoba works with people from all walks of life to build safe, decent, affordable housing for purchase by low-income working families.

At Creditaid, we have the expertise to support this wonderful charity by providing budget strategies to new Habitat homeowners that will help them prepare for home ownership. Our services are provided to approximately 25 Habitat families per year throughout the province of Manitoba. The financial education they receive helps to instill a sense of accountability and pride in their new home ownership status.

The meetings between Creditaid and the new home owners are private and confidential, and are also a mandatory requirement of all new Habitat families. The families use the advice and guidance provided by Creditaid in all aspects of their lives – not only those related to home ownership. The families are left with the skills necessary to budget effectively and manage their debt responsibly for a lifetime.

We are happy to be part of the Habitat for Humanity family and hope to continue helping Habitat families long into the future.

Republished from the Winnipeg Free Press print edition June 6, 2015 B13

Hoyt and Summer knew home ownership wouldn’t be easy. After all, the former Money Makeover participants were told as much by a financial counsellor their first time around.

In 2012, they graduated from university and were interested in jumping into the condominium market. Both having landed full-time jobs with good pensions, they believed home ownership would help them get ahead.

“We had been renting about five years,” said Hoyt, a civil servant in his early 30s. “We had a lot of debt, so we thought we could buy a condo, live there a few years, and after selling it, we could hopefully find some way to alleviate the debt we had.”

“Boy, were we wrong,” said Summer, an administrative worker in her late 20s.

At the time, the couple had about $21,000 in debt, largely the result of earning university degrees.

They did have some savings — about $17,000, including $11,000 from their parents for a down payment. Moreover, they had steady income, earning a combined $75,000 before taxes a year. Eventually, they purchased a renovated two-bedroom condo for about $187,000.

It didn’t take long before they realized it was more than they could handle.

“The debt just kept ballooning because we couldn’t keep up with the mortgage payments, the condo fees and everything else that comes along with it,” Hoyt said.

The expenses that hurt the most were large, unanticipated repairs: a sewer backup, burst water pipes and a leaky roof — to name a few. Soon their reserve fund was empty and they were paying out of pocket.

“We had rose-coloured glasses on and seeing what friends were doing with their lives, we thought ‘this is something we should be doing, too’ not realizing we were not financially in a place to do it,” Summer said.

So late last year, they sold at a $20,000 loss and were relieved to be renting again. Now Summer and Hoyt owe about $42,000, including a $6,000 no-interest loan from their parents, and they have almost no savings.

Still, they have hope.

They earn more than before: more than $90,000 combined a year. And they are determined to get out of debt as soon as possible, particularly since they want to return to school so they can upgrade their career options and earn more money so they can become homeowners again.

“We are really a cautionary tale for others like us thinking of doing the same thing,” she said.

Brian Denysuik is a local credit counsellor and a registered insolvency counsellor at the for-profit debt-management agency Creditaid in Winnipeg.

He said many first-time buyers find themselves in financial trouble because — like Summer and Hoyt — they underestimate or even overlook the costs of ownership, particularly with respect to condominiums.

“The repairs and the (loss of the) reserve fund frightened them so understandably they decided to cut their losses.”

Now, Hoyt and Summer must become debt-free to move forward. Yet while they have been trying to track expenses and make regular debt payments far above the minimum requirements, Denysuik said they will have to bear down on the budgeting process to make meaningful progress.

“I asked them if they are working from a spending plan and tracking their expenses and the answer was ‘we have a hard time keeping up after a week or so.’ ”

But if they were tracking costs, they would realize they have more free cash flow than they think.

While their debt has doubled, they do have the cash flow to pay it down faster than their current pace.

In 2012, their discretionary spending was $850 a month when they were advised to cut costs if they decided to buy a home.

Today, they’re spending more than $950 a month on entertainment, coffee, clothing and dining out even though they are focused more on debt reduction than they were before.

“At this point, even if they earned an extra $20,000 a year without changing their habits, they will just keep spending more.”

The upside here is they make enough money to become debt-free in less than five years without taking more drastic measures such as a consumer proposal or bankruptcy. But they must become dedicated budgeters to make it happen.

Hoyt and Summer have to closely track their expenses to understand their true cost of living. This is the only way to find where they can cut spending to increase cash available for debt payments while building up emergency savings so they’re not forced to go back into debt when things go sideways.

Already, they’ve done some good work, paying more than $1,000 a month on debt while saving $165 a month for emergencies. Still, they could do better because about $466 a month of income is unaccounted for in the budget.

Moreover, they could increase the effectiveness of their efforts using the ‘avalanche method’ of debt repayment — something Summer is already doing. This involves paying the minimum amount on the lowest interest debts while making the largest payments against the highest interest debts.

“This way they can have their unsecured debt paid off in 40 months with another five months to repay parents.”

Yet with a few more tweaks, they could be out of debt even faster.

“If they reduced their discretionary spending by $400 a month, increasing emergency savings from $160 to $200 and pushing $300 more to debt repayment, they can be out of debt in 30 months,” he said.

Another benefit of this strategy is their cash flow would increase to more than $500 a month from $466 a month simply because their money is being managed more efficiently. This extra cash could be used to save for a home, tuition or pay debt faster.

“All of this is dependent on monthly tracking of expenses and making adjustments,” he said.”That means keeping all receipts and once a month sitting down together and sorting the bills and adding up each category.”

And it need not be a grim task either, he said.

“Make it a date night at home where you cook supper, have a little wine and summarize the tracking and compare it to plan.”
— — —
Summer and Hoyt’s finances: 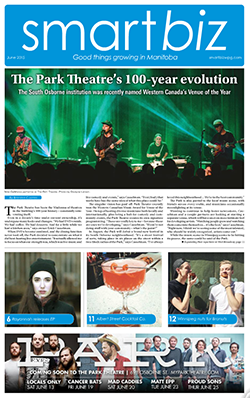 Smart Biz has issued its June 2015 edition, and in it, Brian Denysuik discusses the benefits of starting to save for your future vacation plans today. Read the full article on page 16 of the June Smart Biz.

Vacations are a highly anticipated part of everyone’s life, so working to minimize setbacks and disappointments now can help to ensure that you have the carefree and relaxing vacation that you so deserve.

Planning ahead will allow you to take full advantage of a year’s worth of opportunities to save and – if required – earn more money to fund all of the activities you wish to do while on vacation.

If you need more tips about budgeting and saving for life events, or managing your debt to pave the way towards a future vacation, contact the caring people at Creditaid for your free, no obligation assessment.